This is the announcement trailer from Nintendo:


Here we have Link fighting octoroks on the beach. No doubt this brings back memories of the original. If not, it still looks amazing. The Switch version of the game retains the top down view of the original but in really neat looking 3D. This just seems like the right look and feel for the remake of a 2D Zelda game. Notice how everything looks like it is made out of clay or plastic. Notice how there is a bit of a shine to everything. It makes it look as though each piece of the environment has been crafted by hand. It looks like you are walking around in a modeled world. 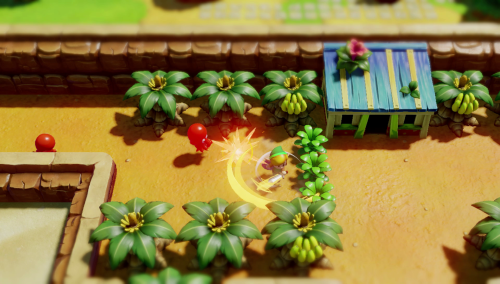 Here we have Marin singing by the weather vane in Mabe village. If you've played the original, it is impossible to forget this location. It is remade perfectly. 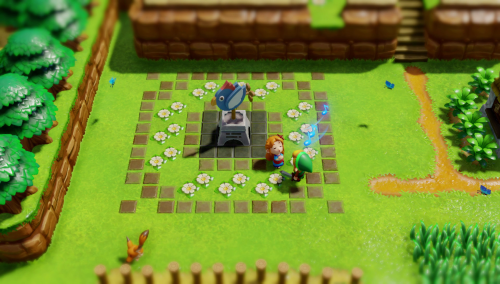 We now have the option to play throgh the dungeons but with much better imersion. You can solve the same puzzels but now it feels like you really are in a dungeon with stone walls. 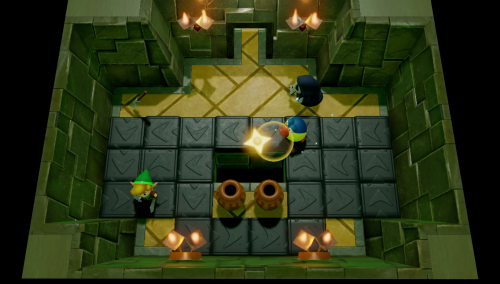 Here we have link fighting moblins in the forest. This is just as fun as it was back in 1993. The trees came out great and they did such a great job on the textures for the ground. I could run around exploring, fighting monsters, and collecting items all day. The fog just really tops it all off. They've done such a great job on this that I would have to play it even if I had played through the original hundreds of times. 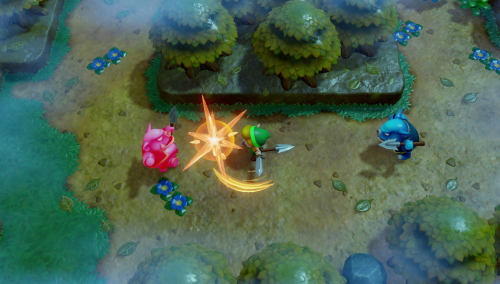 I remember fighting this monster. It isn't a particularly hard fight but he does keep you on your toes. It is going to be so great destroying this stupid monster again. 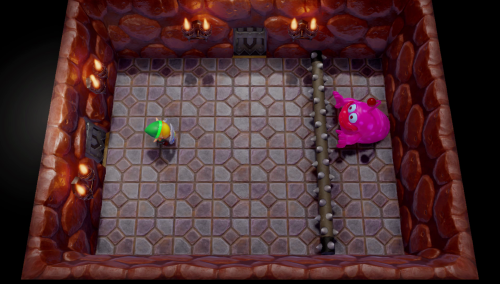 Chain chomps, who could forget these. This is Madam MeowMeow's completly harmless chain chomp that she keeps right outside her house in Mabe Village. For people not familiar with this particular game, you might be saying, "Chain chomps? Aren't those supposed to be in Mario games?". You would be correct. These first appeared in Mario 3. They are one of many things that have been taken from Super Mario Brothers games and placed into this Zelda game. If you venture further, you will seem goombas and all sorts of other Mario references. 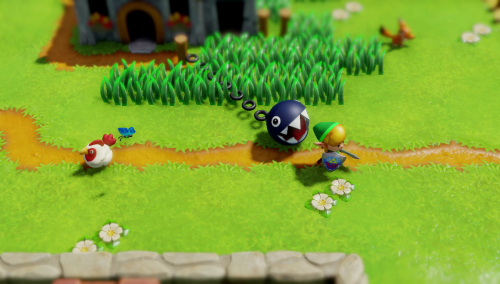 What is the release date? When will it come out? As far as we know it will come out in 2019. No exact date has been set. They've just stated that it will be sometime in 2019. I'm betting that means sometime near the end of 2019 but we will see.

How much will this game cost when it comes out? We don't know yet, we need to wait and see. Will it be the full $60 that Nintendo normally chargers for a big title like this? Yes, it probably will. Does it matter? No, not really, I can't throw my money at them faste enough. 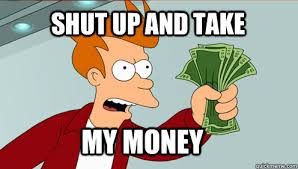 You can preorder it from GameStop for $59.99 right now so that is probably what the price will be when it is released. Don't preorder though, that's just a huge waste.