Having stopped what you knew to be the opposer Koloktos, even with his multi - handed capabilities and his hard metallic gold structure, you now know that the Sandship is the next spot to hit up. It is the next dungeon on that “to - conquer” list you’ve been holding. Like its name entails, it is a giant ship in the middle of the sand. It is a very cool concept to think about, I must add.

Think of something like Gerudo Fortress, in times past, and you will get a similar vibe here. This time, it’s like you’re out in the water, but you’re not. You have so many questions as you arrive to this area, such as how such a massive, deserted ship even came to land there in the first place. Perhaps the sand you see was actually a massive ocean at some point, a giant body of water that has now recently dried up over the last decades…

The Sandship is my favorite place to conquer in Skyward Sword, or perhaps I should say it’s one of my favorites. I have so many parts of this game that I love. I don’t know where to even begin on that. I could write a whole book out….. 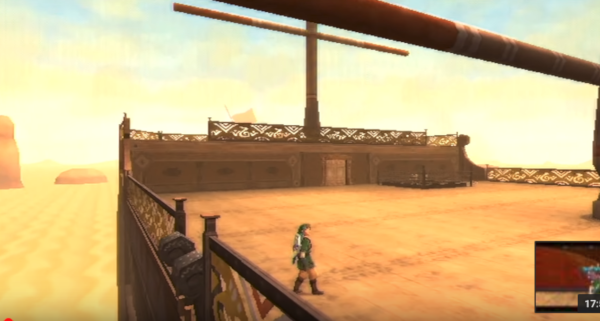 Lanayru Sand Sea is where you need to go if you have not made it out to this ship yet. And once you are inside, be encouraged ; there’s only this dungeon, plus two after it, that need to be restored to their former forms. Take out the evil in this one, for that’s the next step, and you can hopefully break its curse…..

Skipper was once the proud captain of this ship, and the treasure he held was Nayru’s Flame (Ocarina of Time fans, does this start to ring any bells?). But it seems that pirates have lately taken up this sacred flame treasure for themselves, and you need to have it so that they don’t succeed. This sacred flame, along with Farore’s Flame and Din’s Flame, is what will bring power to your sword, the Skyward Sword, which you need to beat the game…bringing light onto the final villain of all, which will pierce his darkness.

On a side note, it is said of old that Din, Farore and Nayru were female guardians, protectors of the Triforce and the land of Hyrule, which they originally designed. And it is further speculated that these influential divas were not actually behind the creation of all lands, on their own, but were instead subject to an Even Higher Power that has yet to be revealed, who actually made all worlds. This mystery, as of late, has made the Zelda series even more exciting. 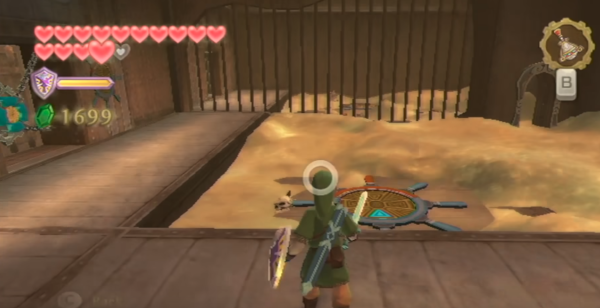 And furthermore, there is even an evil diva out there, with the same capacities as these three, but who opposes them. She is behind some of the creation of these villains. Yet she, with all her cruel power and abilities, is still subject to a Higher Power unknown. This adds quite a twist to the original plot of Zelda, in which it was initially assumed that Nayru, Din and Farore, were, in fact, the highest supreme beings of all….goddesses, even, as some considered them. I love this extra twist, which adds more plot depth and suspense ; and if you get to play other Zelda games, that came out after Skyward Sword, you will see such plot details further leak…..

Wooden floors and planks, on the inside and outside, make the ship look like your everyday haunted --- or should I say cursed --- ship. And some Thunder Keese (yes, you heard me right) will show up, which will make for their first appearance in the game (and in Zelda, in general). These guys expand their wings and blast you, come up to you, shock you and more. They are not good to be near to on a bad hair day, if you get what I mean…..

But take these guys seriously, fending them off from a few steps back (and shooting quickly), and they will take you seriously as well. See? It can be a mutual hate - hate relationship if you really want it to. These white little bats mean business.

A new friend, the Technoblin, will join them. But he’ll be their friend and not yours, so watch out. This time, the red Bokoblins have electric swords that they can swing out for damage. Don’t get electrocuted, now, you just did your hair. And what’s worse is they scream and holler as they attack, making you feel even more on edge.

And guess what? They are not alone. They’re cousins, the regular Bokoblins, made it up onto the ship as well. So it’s high sailing for everyone in need of a fight…..

Also, some Arachas, which are white scorpions, are on the ship as well. They don’t like the look of your face, the sound of your voice (or the one that your sword can make, even) or even the smell of your tunic, so keep your fight face on. They are trouble. They have one eye and are like baby Moldaraches, so to speak, but not cute.

After Arachas have had the chance to live for a full millenium (given that your sword hasn’t wiped them out of existence by that time, in any Zelda adventure), they then merge into Moldaraches, their full  - grown adult form. Geez, it sure takes them a long time to mature, and I thought some of my old middle school buddies were slow at that. But anyways, you can even find these little guys in piles of sand, so keep your eyes out. Use your Gust Bellows, too, to have some fun with them….

Finally, Tentalus will be a bigger threat. He’s the boss here. What he says goes, except for when he says you should die. That’s not cool, and he needs to learn his place…..teach him. 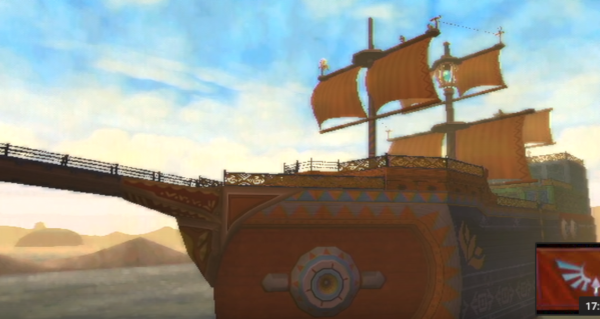 Use your Skyward Strikes on this massive octopus monster’s tentacles. Remember that a properly aimed, perpendicular approach, here, is key to everything. You can also put his name on some of your arrows (not literally, but as a figure of speech), and send them right to him. These will hurt a bit. Victory is yours!