City in the Sky

Well, player Link, you should feel good by now : After just having mercilessly slain your last opponent, the Twilight Version Temple of Time’s assailant known as Armogohma, with a mix of sword and shield, bow, and Dominion Rod, you are now just steps from beating the game. You do need to, though, still keep fighting as the going will still get rougher. We are not in the end, but we are darn close by now.

At least we’re not way back at the beginning of the game, playing through the first Forest Temple. Remember those days? Laugh if you can…..

Anyways, you’ve just gotten your mirror shard, as well as a nice little heart container as a side reward, from Armogohma’s corpse. And now it’s time to truly turn the heat up a bit, going to that City in the Sky (no, not the one in Star Wars, but one that might bear a resemblance). You have to, first off, get that broken Sky Cannon repaired if you wish to even get blasted up to this place. Yes, at some point, you are getting inside the cannon (well, not you, but Link is), so be brave and put your fight forward. This is where it all counts, that moment of truth.

Give Fyer 300 rupees, which is like a ton of money in Hylian dollars, I guess, and he’ll fix his own cannon, which will get you shot up into the City in the Sky, where the fun continues. And to even get such a cannon, in the first place, for him to thus fix it, you need to Midna warp it out to Lake Hylia (it’s complicated) after, of course, you first come to discover it lying right underneath the Kakariko Sanctuary. And you’ll find that the location of this dungeon, in particular, is not the same as the last six you got through, which were all in different regions of the land of Hyrule.

City in the Sky: Arrival 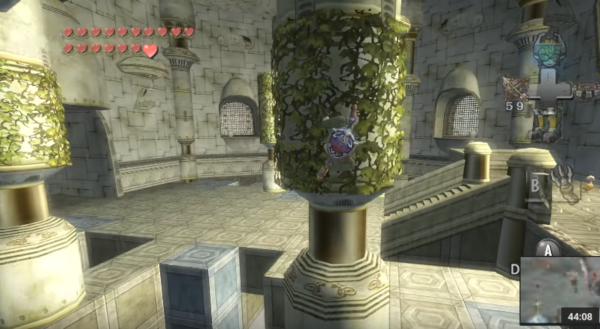 Here, this dungeon is in the heavens. And, as such, it adds an even bigger twist to the game, unexpectedly, than the last dungeon in it just did (the Temple of Time and all the changes that were made to its internal look, structure and feel as a ‘holy temple’....remember?). Here up in the sky, you will find a new rule in play, as well as an entire new civilization of beings, respectively. These creatures are known as the Oocca, and they are a tribe that has dwelled here since long before they can even recall…..

Advanced technology makes this city quite prosperous. Think of the city in Star Wars 5 : The Empire Strikes Back, and that same feeling will come to you. Has Zelda copied Star Wars here? Who knows? But I’d still side with Zelda, either way, any day…..it’s the better series of the two, in my eyes….. 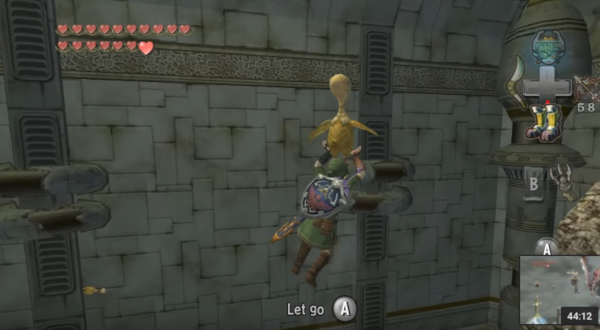 Keep in mind here that there will be some very strong fans in the City in the Sky, which can, no joke, blow you back quite a bit. But those Iron Boots you love will help you keep your footing firm as you walk forward, slowly and carefully. The winds are pretty fierce, either way, so they will still push you back, but not as much, when you’re wearing those awesome boots.

There are also some propellers that never stop spinning, which keep the city up in the air. How interesting. Every machine is powered by wind, turbine power and propeller acceleration. Everything seems to work in perfect unison here, and you must learn to work it to your advantage to get across the dungeon. 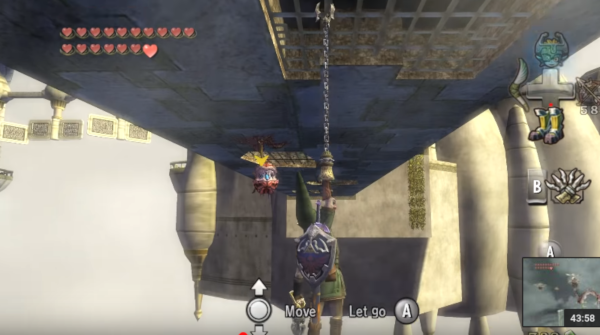 Automatic doors are a thing here as well. This truly is the sky city of the future, then. Hopefully, though, Darth Vader won’t be on the other side (and hopefully not Ganon either, we are not quite ready for that). The winged reptilian (oh, great) Aeralfos is waiting in this dungeon, a mini - boss that has nothing better to do but wait for you to come and fight it off, before it drops dead and gives you your Double Clawshots in its defeat. These Double Clawshots, you will find, are beyond cool and can make the rest of your game a thousand times easier, in so many ways.

Think of it as two clawshots in one, for combined effect. You can now shoot out farther and get greater reach and extension. You can also use this second added clawshot piece, when combined with the first one you got earlier, to do things like climb between walls if you really want to. Be like Spiderman. 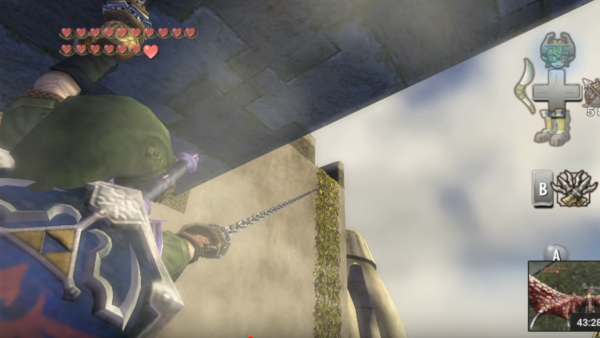 Guess what else you can do, too? You can advance by holding right onto moving walls. You can attach yourself to Peahats, as well, and enjoy them for the ride…..

Argorok: City in the Sky - Boss

Argorok is the last foe you need to set your sights on here. He’s a giant Twilit Dragon, kind of like the nasty ones you see Samus Aran having to fight off in many of her famous Metroid games. Argorok looks just the same, actually, and is black with dark red, flying in the sky and not looking pretty….but pretty angry instead. 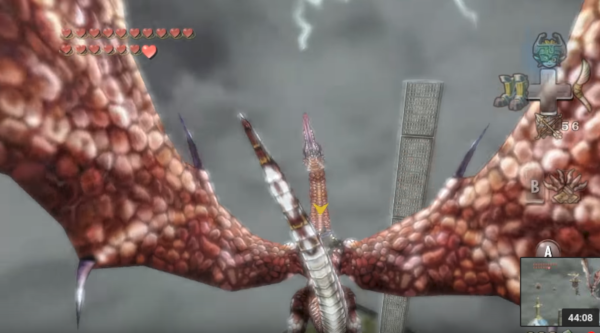 And one of the coolest parts here is this : You will not fight this foe on any ground level, like with other fights you did before. This all takes place up in the sky, in only the very highest part of the dungeon altogether. Now, we’re talking….it gets better and better, and perhaps this dungeon makes up for all that lacked in the last one (the Temple of Time dungeon). 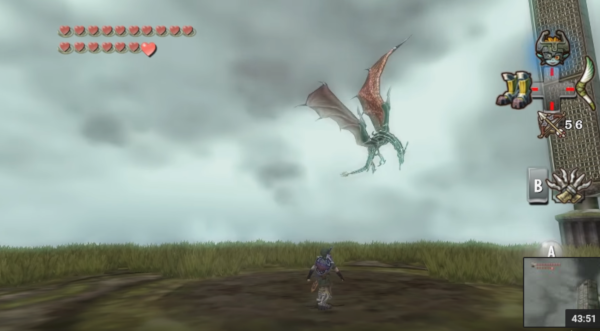 There will be strong winds and grated pillars in this fight, so the first thing you have to do, like with all other Zelda dungeon fights, is start by assessing your area well. Mind your surroundings since, if you are not careful, they may be the last you ever see. But the world of Hyrule believes in you, who has come so far in the game already….. survive. 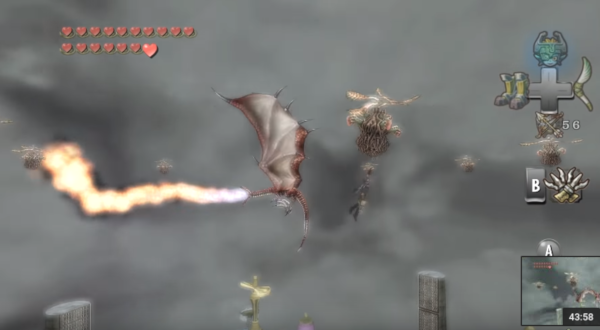