Now, two dungeons are down, and the third follows, that of Great Bay Temple. If you’re wondering what I’m referring to, I’m talking about none other than the legendary game, The Legend of Zelda : Majora’s Mask, in which the Great Bay Temple is your semi - final temple from victory. Get through this temple, or boss dungeon, and you’ll only have one more standing in your path...then it’s onto the final enemy, the skull kid (and Majora’s Mask). You can do it, player….Link is your best bet! You’ll continue to play as Link, but this time, you can even transform into a Zora, for the first time, by picking up a Zora Mask you find from a dying Zora you speak to in Great Bay.

This summer - beach-like environment is home to many Zora eggs, Zoras (of course, but as they’re becoming more extinct), a crazy genius professor (who looks just the same as the one you met in Ocarina of Time, the prequel), more female pirate Gerudos (as if you couldn’t get enough of these hotties in the last game, wink wink….) and much more action than ever before. Zora Cape and the Great Bay Coast are where you end up going, as Link, and finding that there’s a third curse needing to be broken...and that it’s time is up. You are ready to face the challenge.

The Great Bay sea, of course, is quite murkier than it ever was, thanks to this terrible curse. And it appears that, before continuing the adventure, Link’s got to do one thing : Relax and pick up some stray Zora eggs, laid by a beautiful female Zora named Lulu (who, at the same time, has recently lost her singing voice….perhaps because of the same curse on her land). Once Link gets these eggs back, after sneaking around and fending off a few mean Gerudo pirates, he then immediately takes them to the Marine Research Laboratory….where he learns a wicked, new song called the “New Wave Boss Nova”. 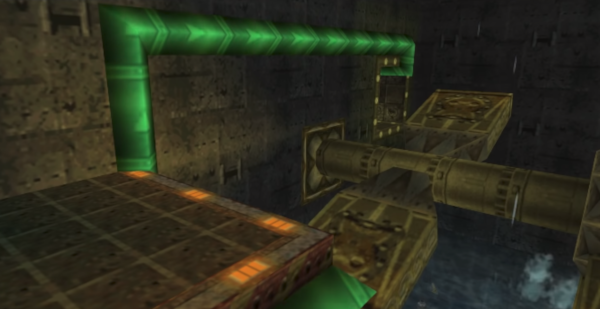 This song, he’ll never forget, at least not in this adventure.

Speaking of which, this game, as a whole, is packed with amazing ocarina songs you get to learn and play...some not unfamiliar from the last time. But that itself could serve as the theme for a whole nother batch of blog posts on the matter. Anyways, moving on…..

Anyways, while in Zora form only, Link manages to get himself through to the back entrance found in Zora Hall, from where he plays his new jam...and what follows is a spectacular, short cut scene and the invitation to enter a whole new villain’s lair ---- yes, the Great Bay Temple of old. In the scene, right after playing the song, Link watches as a huge turtle rises out of the water and offers itself as transportation to the temple; Link accepts the offer, uses his hookshot to latch onto a tree above the turtle, and shoot himself upwards onto the turtle’s back. And the adventure continues….

Upon arriving at the Great Bay Temple, Link finds an expansive network of water valves and pipes, all of which he must learn to manipulate and maneuver throughout...if he is to reach the end of the dungeon. He can transform back into his original form, from Zora form, and even into Deku or Goron form...if he wishes. This will all help him, moving forward; and he has to put his ‘smarts’ to the test to see if he can even make it.

He also runs into these elaborate, water - based elevators that allow him to ride up and down, at will, and thus access more internal rooms. At other points, he has to let a rapid water flow, or tide, push him through to new areas….he just rides the wave. Churning gears, neon lights, new villains, secret passages, and so much more, all await; this is definitely one huge “water factory” that will take every ounce of wit and determination from anyone who seeks to survive it. It’s not for any ‘faint of heart’ players, even those who have beaten the game about a hundred times….I can attest to that fact, here.

And remember how Link had to find Fire Arrows the last time around, when he was in Snowhead Temple? Well, guess what? You are in for a treat….now it’s Ice Arrows!

That’s right --- he picks these up in Great Bay Temple. And, as he was able to shoot off his Fire Arrows, as kid Link, and melt off any ice or snow upon impact...now he is able to do the very opposite! Neat? Oh yeah….

And he’ll have to use these arrows in this dungeon, no less. He’ll have to freeze enemies, cool flames and more. But he’s all up for it!

In this dungeon, he’ll fight more Octoroks (which I’m sure you’re already familiar with, if you played Ocarina of Time, the N64 prequel - game to this one…..). These rock - shooting, squid - like, octopus - like purple creatures will give Link a full run for his money. But guide Link in how to take them down, and it can be done; just shoot them with arrows, from a distance, or deflect their shots with your shield (as kid Link). Don’t let these guys scare you off….your mission is more than halfway done, and after this, it’s only the Stone Temple and the final match against that cruel skull kid.

Pick up the Boss Key, when you get that far. Then, buckle up and refill your health before going forward and fighting Gyorg. He’ll be the last one to stand in your way here, the rightful and ‘proud’ boss of this third dungeon. To compliment him fairly, if that’s even possible, he simply looks like a giant, demented fish with larger - than - life metal spikes protruding out of his gills, not to mention teeth that are sharper than iron. Fun fight…….

Beat him. Win. Then, continue on.