If you loved the latest Legend of Zelda: Breath of the Wild, and can’t get enough Zelda until the next big smash release comes out, then you might want to think about playing some similar alternative games to keep you excited in the meantime. Why not, right? Here’s a few we’re going to consider. If you're looking for games like Breath of the Wild, look no further. We have some excellent games right here. The absolute top two are RiME and Ocean Horn 2. These are about as close as you will get withouth actually playing the real thing.

Get it here: RiME on Steam or you can get it for the Switch.

This came out at around the same time as Breath of the Wild and is so similar that people accuse them of copying the BOTW concept. A lot of the game play will feel the same. You run around exploring and solving puzzels. You also have the ability to climb things just like in BOTW. 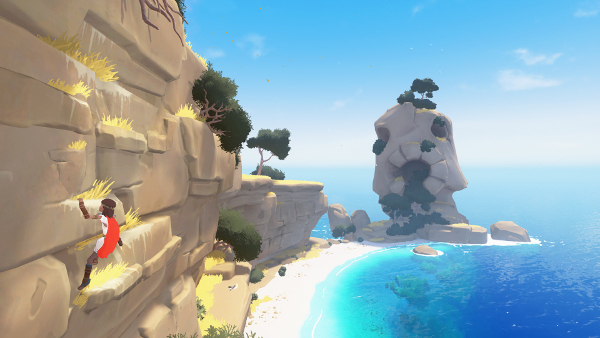 It is available on the Switch but the Switch version is reported to be laggy. You are probably better off getting it on the PC. Only problem with that is that the PC version will be a bit less portable. You can however get a ton more power out of a moderately OK gaming PC and you won't have to worry about performance at all.

This was totally inspired by breath of the wild. It isn't released yet as of March 13, 2019 but based on the first Ocean horn it will be amazing. They've done a great job with this game. It just looks sooooo good. If you want the closest thing to Zelda without actually being Zelda, this is it. This one was designed to be like BOTW. 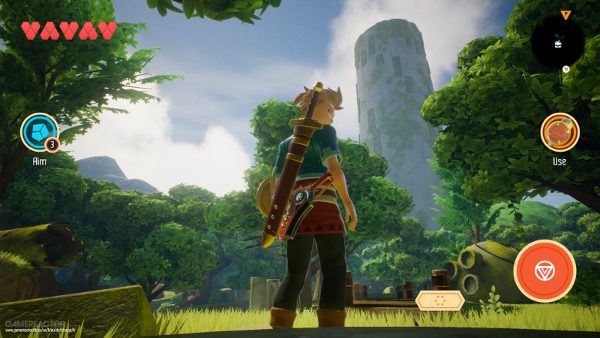 This game can actually stand on its won very well withouth even having to be compared to BOTW. The first Ocean Horn game was pretty much designed as an unofficial Zelda game for iOS. They did such a great job that you would have thought it was designed by Nintendo. It was then released on a bunch of other platforms including Android and the Switch. Ocean Horn 2 looks like it will be even better and is a direct competitor to Breath of the Wild.

Comparing or contrasting Skyrim to a Zelda game is not a new idea. They tend to have some similarities but more differences. In the case of Breath of the Wild, there are fewer differences and more similarities. This game introduces a lot of new ideas that are similar to Skyrim. It is kind of like the Skyrim of Zelda games. People have called it Elder Zelda ( like the Elder Scrolls ). 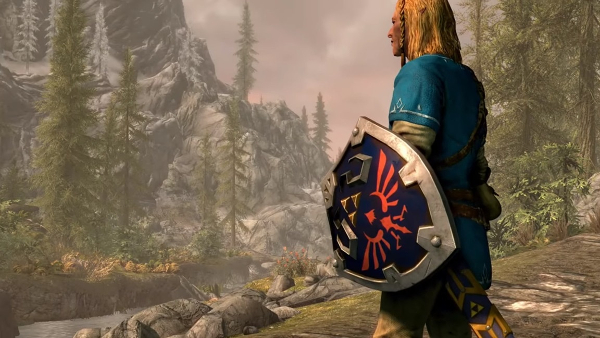 Many other games could be compared to BOTW. There are quite a few out there that might be right up your alley. Some of these are more or less similar in style or game play. Take a look and if one of these feels right for you, you might want to give it a shot or just learn more.

If you are looking for something like BOTW, nothing quite comes close to the first two games we mentioned ( Ocean Horn 2 and RiME ) but there are plenty of others that might fit the bill depending on your preferences.

First up, we have Assassin's Creed: Identity, the very first Assassin’s Creed RPG type of a game that is set within the world of your mobile device. You can even create your own Assassins, while later evolving them and further customizing them throughout the story. Renaissance Italy is the beautiful setting you get to envelope yourself in, this time around, and the action and adventure are very quick - paced and not without an amazing cut scene here and there….much like in Breath of the Wild. Heck, even the final villains you encounter in both games, in comparison, are mind blowing and will take your breath away….nuff’ said.

The mystery of the crows, along with many other quests, are what you get to solve in this adventure. You will have fun. You will get lost in the world of the Assassin. And that’s an order…..

Next up, we come to Assassin’s Creed: Bloodlines, which again features loads of great sword - slashing adventure and jumping, running and all other kinds of addicting game play movement most players are so familiarized with. And like the hooded assassins you get to play as, secrecy and a vow of silence are a must. So I will spoil no further as to the plot; you have to buy it for yourself and check it out, but I do promise this --- you will not be disappointed.

This game is also the very first to hit the PSP console, at least as it relates to the Assassin’s Creed franchise. And like with the last one I noted, you get unrivaled freedom of movement wherever you go. The world is your playground here, so to speak. This story’s uniquely winding plot picks up right where Assassin’s Creed left it all off, following the story of Altair.

It appears that, previously, the last Templars had been spotted fleeing the Holy Land, retreating to a small island called Cyprus. Here, it is Altair’s mission to track them down and follow up. Where will it lead him? Only time will tell…..

A silent, hooded character with sword and shield, as Link is within Breath of the Wild and in his other Zelda games, is usually what you play as in any Assassin's Creed game. It’s the same kind of first person vibe you get, as a whole. And people love it……

NOTE - Yes, this is one of the CD-i games. Yes, we're compareing it to BOTW. Make your own decision about whether or not trying this is a good idea.

We also come upon the ever more popular Zelda’s Adventure game, next, which can’t get any closer to the recent Breath of the Wild in many ways. It’s quite a game that many feel is similar even though it was released way back in 1994. Zelda’s Adventure is an unofficial, non - Nintendo Legend of Zelda game, in which, this time, you play as Zelda (instead of the usual hero, Link). In the game, Link has been kidnapped by Ganon and Zelda has to put her wits forward and come to the rescue (it’s usually the other way around, like, always….).

And it seems Ganon has taken over the land of Tolemac. To save her land, and her friend Link, she has to uncover the secrets that lie within the Underworld’s seven unique shrines, acquiring all kinds of weapons, skills, influence and power all along the way. It sounds like something Link would usually be tasked to do, right? And it’s good that things are different this time around, for variety’s sake and to show a new side to things….not to mention offering a game which is more female user - friendly as well.

After all, hundreds and hundreds of female Legend of Zelda fans have played Breath of the Wild and countless other Zelda games in the past, even playing as the main male character of the game each time around. So for them, this time around, it was an especially nice little ‘break’ to be able to get a main female character they can play as….and to give Link a break and go do the saving as Princess Zelda this time around. Many fans, in addition, had always wondered why all the Zelda games (including Breath of the Wild, too) are named after a female character (Princess Zelda) but are played only as a male character (Link).

The Legend of Zelda: The Wind Waker

Furthermore, we stumble upon another glorious title, bearing a striking pose similar to Breath of the Wild….this time calling itself The Legend of Zelda: The Wind Waker. This one is an official Nintendo title and the very first of its type, to which Breath of the Wild attributes its rich color, enhanced player movement, and cartoony graphics and scenes. This was the game that started it all.

If you look at the characters and their outfits, the worlds, the foes you face, the weapons you use, and much more, you’ll notice a drastic similarity between Breath of the Wild and The Wind Waker. Both games are addictingly fun, not to mention. And by the way, The Wind Waker has been recently remastered and released, in a new edition that features highly enhanced graphics, playing modes and many other options...it now competes with Breath of the Wild to see which of the two games will drive more sales for Nintendo.

If you just can't get enough, or maybe you don't have a Switch/Wii U, this will hopefully have helped you find other games that will fit the bill. Breath of the Wild has been such an incredible game it inevitable that people will want something similar and there are a lot of choices out there.

So yes, here were a few swell gamer’s options you can go along with as you pass the time and wait for a Breath of the Wild sequel to come out...or if you’ve just gotten tired of playing and replaying Breath of the Wild. Try your skills out at any of these other alternatives if you’re still in love with the settings and story of Breath of the Wild but seek something new as well. You can’t go wrong. Player, play on!