If you’ve obsessed over the Legend of Zelda, at all, you’ll know what the Kokiri Forest is, and where it is….this place is literally on the tongue of any LOZ (Legend of Zelda) fanatic at heart, myself certainly not excluded. It is a place beyond all places, at least the best ones we could hope to imagine in this life. It is Disneyland, meets Neverland, meets Pirate’s Cove, meets Hogwarts, meets Narnia, meets Yoshi’s Island, and they all had a child together. It’s Kokiri Forest, a place where you can find the home of the Great Deku Tree, the Lost Woods, Link’s original crash pad, and so much more.

Perhaps it doesn’t mesh together all the elements of some of these other amazing places we just mentioned, but it is still special. It is a starting ground for more. And it always has been. Ocarina of Time, for instance, is the prime example….that’s where the whole game starts out, in the lovely Kokiri Forest. And living in this forest is the gorgeous Saria, the first person you see running toward you, in the game, waving a lovely “hello” as she comes up to your home in a treehouse. And what better friendly face to see, at the start of the day, especially after just having been aroused from an ongoing nightmare?

In the Kokiri Forest, in Ocarina of Time, Link gets his first sword, shield, fight (in a dungeon, inside the very bowels of the Deku Tree), stone, and more. It is where his adventure truly starts. He learns so much there, and eventually returns to the area later in the game, as well….. 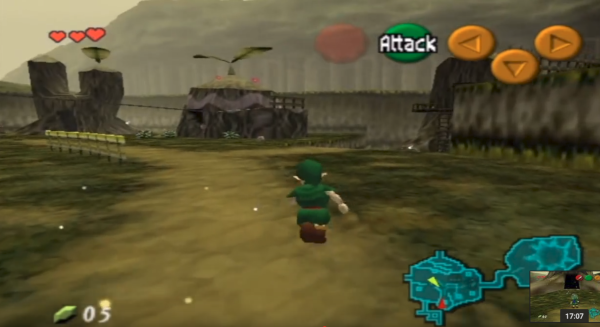 Though the name ‘Kokiri Forest’ is 100% unique to Ocarina of Time, not named the same in any other Zelda game (so far, anyways), the very root concept of this special place is still, to some form, embodied in other games. Take The Legend of Zelda : The Wind Waker, for instance, in which you once again meet and hear of the Deku Tree, but this time, in a forest - like place called the Forbidden Woods. See what I mean? Same concept...different application. 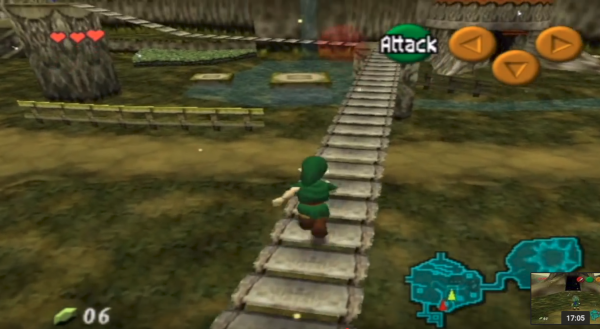 This is what it could have looked like if the game were remastered. A lot of people would be quick to part with their money for this.

Here are some screenshots: 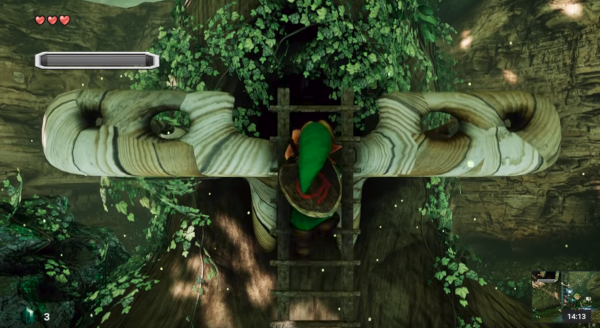 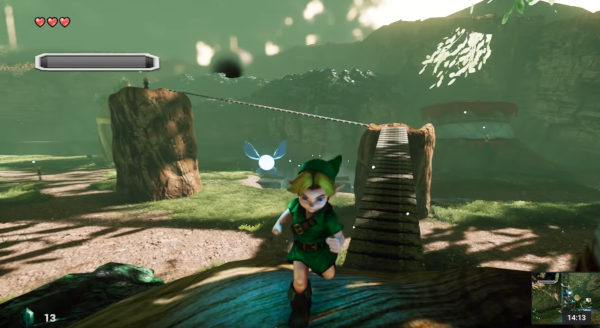 In the Forbidden Woods, however, instead of approaching and entering the (Great) Deku Tree from ground level, as you would normally in OOT (Ocarina of Time), you have to find a way to ascend to the top of him. This is totally new, but a concept that sells well. It was quite a twist for first time players of The Wind Waker. Also, in these woods, you get to use a new item never been seen before, a Deku Leaf. With it, you can soar and reach new areas.

Faron Woods, this time, is yet another name and application for what the Kokiri Forest initially started. Faron Woods is found in The Legend of Zelda : Twilight Princess, and it is, just like Kokiri Forest, the birthplace and hometown - area of Link. It is basically his “crib”, but as you come to learn later in both games, cribs can be shaken….and Link’s courage, in both, is tested. In Faron Woods, just as in Kokiri Forest, once more, you learn to grab sticks and light torches, just to help you find your way around and get to new heights or other spots. 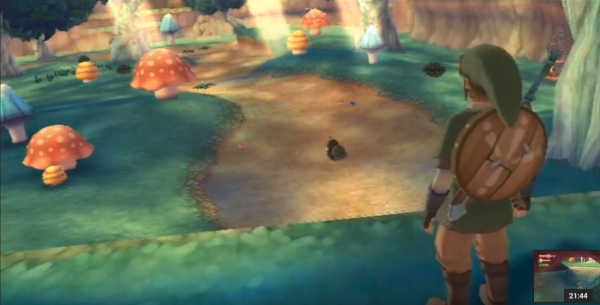 In The Legend of Zelda : Triforce Heroes, the Kokiri Clothes are featured, and the Kokiri and their way of life, as such, is homaged. The Kokiri Forest itself does not appear in the game. Interesting, is it not? But there’s more to be said……

In The Legend of Zelda : Breath of the Wild, you note the presence of the Korok, creatures evolved from the original Kokiri. The Korok, in fact, were even mentioned before in a prior game, making their very first appearance…..want to know which one it was, or like a true fan, do you already know? It was The Wind Waker! These forest people and their forest, then, really do get around….. 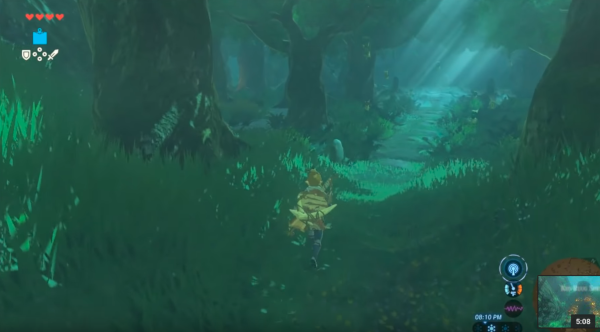 Faron Woods (aka Skulltula Forest, or even Southern Wood, a couple of its other names) is not the place to get lost at. All kinds of dark, nasty beasts roam all around. And your first Twilight Princess dungeon type of setting will take place in and around this spot. So be careful. Watch yourself, when playing…..

This location from the Wind Waker is believed to be the same place as the kokiri forest.

In all versions of the Kokiri Forest, generally speaking, there are evil creatures that take on a plant - like form. Some plants stick to the walls and roof, even, while their more basic forms cling on the ground. These have many names, but one of their more original, generic names is that of the Deku Baba. These nasty little living plants, with foul breath and bad, sharp teeth, can lunge forward at you, trying to bite you and take down your health levels --- keep your distance at all times, for these breathing plant stalks will have their way with you if you let them.

Some have also noted that The Legend of Zelda : A Link Between Worlds is another game that gives some mention to this type of forest, as well as the Kokiri themselves. Gary is said to represent the Kokiri Sage, according to some, as he is a young boy who wears green clothes --- he likewise gets along well with animals. Opinions, of course, have ranged on this theory though the facts alone seem to hard too deny. It is indeed true that those who made this game certainly had something like that in mind…..touching upon those major elements through clever symbolism, at the very least.

Symbolic imagery is appealing, all in all --- it is truly one of the best gifts the Good Lord could have ever given us. And the Kokiri Forest is but one such expression of divine imagery and appeal, all in all. Play through this place, in any form of Legend of Zelda game you deem fit. Fall in love, once again, with the world of the Kokiri…..