Generally speaking, PC gaming is objectively better than console gaming. There are some trade offs in certian circumstances, for example, nothing beats a Nintendo Switch when you're riding the subway. Really though, if you want the best experience, you need a PC.

A PC has the ability to give you the best performance and the most flexibility when compared to pretty much any console. I can spend four times as much as an Xbox or Playstation on a single video card. If you want to play our games on the most intense settings, with the highest resolution, all while achieving the highest frame rates, PC is the way to go.

PC gamers have gained a repuation for being elitists in the gaming community. This is where the idea of the PC Gaming Master Race has originated. Apparently Ben Croshaw was the first to come up with this phrase. If you're interested, you can learn more on the official subreddit. There is also a website here. If you want a bunch of reasons why PC gaming is superior, they have a guide here. 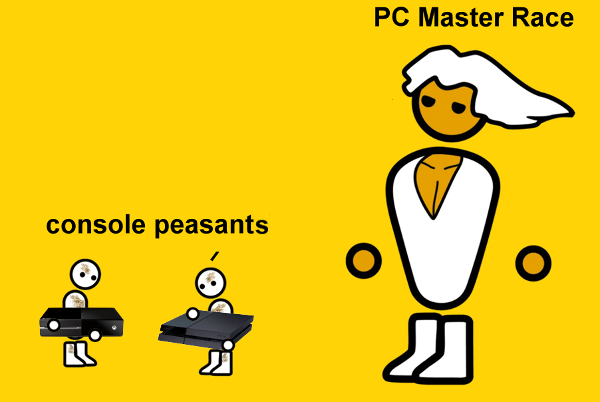