The Forsaken Fortress is the next small dungeon adventure that must be mastered, after the Temple of Gods challenge is no more, in the world of The Legend of Zelda : The Wind Waker. And you’ll find this swell dungeon to only pick up steam (but not literally) from the difficulty of the last. Can you do another dungeon? That’s my question.

Hopefully, with some free time, plenty of coffee and prior sleep, perhaps a decent strategy guide with pictures, and some perseverance, you just might. Don’t let the name “Forsaken Fortress” define your quest, at this point….you’ve been through tough challenges, that seemed impossible, and another one won’t hurt you --- though it might cost Link a few hearts and some magic. But that’s okay ; it’s a risk we’re all willing to take...in order to see what lies further ahead. Mystery is a beautiful thing, and it keeps us going forward at any length. 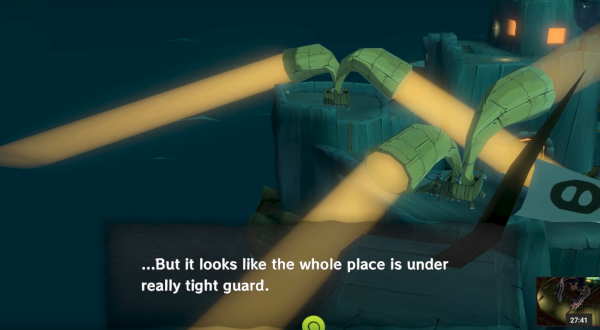 It’s night time in the Forsaken Fortress, at least when you arrive there as Link, and you find a few spotlights shining all around the area...they cannot shine on you, or you will be caught. This will put a damper on your adventure. So stealth is, once again, in effect…..

There’s pirates and all kinds of baddies here, and believe me, they do not look happy to see you...if they catch you there. You know what other unique foes you encounter in the Forsaken Fortress? For the first time, you’ll see what are called Moblin Statues, and these appear dark and shadowlike, too, very hard to detect with lack of proper lighting. And yes, in this fortress, some rooms will be dark...it’s just a fact you’ve got to man up and face. But remember ; you are playing a cartoon - like game, in which even the worst evil, takes on a friendly, Happy Meal type of face….so it’s not too bad.

The Forsaken Fortress Wont Give You Nightmares

My kids, after all, wouldn’t have nightmares playing this game...not even when they face the end, and the curtain draws back to reveal the final villain, of whom I will not tell you quite yet. And you know who else misses you, and wishes to pay another unhealthy visit, from prior Zelda tales? The ever - annoying, sneaky, pesky, slightly scary Floor Master. And in the Forsaken Fortress, you’ll find he’s been through a color change….talk to his agents about that one, or should I say, his developers. Yes, he’s now no longer just black, but rather, black with a shade (or hints) of a light purplish, pink color. 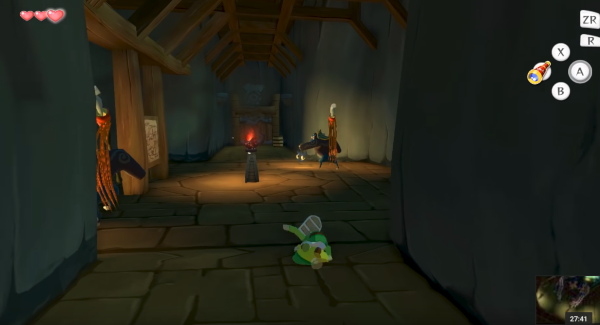 He’s a little goofier in cartoon, a little more visible, a little less scary --- what more could I say? Yet I’ll always respect him as one of my Zelda foes. And he’s still someone to take caution against, as he could pick you up and move you, causing you to lose your current place (and, thus, some progress) within the dungeon. Watch out. Swords up, and eyes ready, at all times.

And have we even mentioned the Miniblin in this game? Know what they are? Moblins, goblins, bokoblins….whatever you want to call them...but in child form! Ah, how cute...well, not really ; their parents have trained them well on how to scope you out, spot you, and then kill you. Maybe they’ll feed on your corpse, like a family, around the dinner table….but that is not what you want.

And in this Disney - resembling, cartoon - animated, all- ages friendly type of game, perhaps you won’t see the blood. But it’s still a scary concept. So my advice is this : If your sword is by your side, and these little guys come up close to you, just close your eyes and swipe. The cartoony Master Sword you possess will violently kill them, and they won’t be a problem anymore….just watch out for their parents, if they should find out. (Are you a parent? You’ll understand. No more need be said here….)

You’ll also run into some clever rats, holding bombchus in their hands...these are actually called Bombchu or Bombchu Rats, as others prefer.

They’re very sneaky. They move precisely. And guess what more? They know how to aim those bombs and throw. Touch them, even, and they’ll explode….potentially telling other monsters that you are in the vicinity. 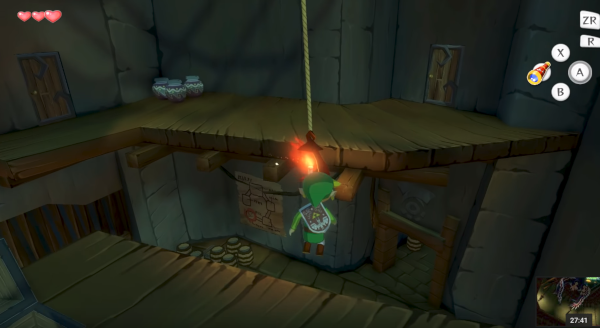 Regular rats, which are a little bigger than Bombchu Rats, are also present. Get rid of them quickly and quietly, too, before unlocking more in the dungeon / fortress. Next, you’ll end up running headfirst (not literally) into a bokoblin mini - boss, not to mention Phantom Ganon….which is unlike you’ve known him in Ocarina of Time. I guess this spoils the rest of this game, doesn’t it? It sure does --- but that’s a good thing….players have played this far and deserve to know more.

Gannon at the Forsaken Fortress

Now you know, it’s obvious Ganon must be at the heart of all this, pulling strings as the final villain. If not, why would a phantom version of him appear, just like it did in the last game featuring him (which was Ocarina of Time)? Well, I protected you from spoilers as much as I could, but there’s no hiding this...it’s a crucial part of the game you will end up running into. I remember my first reaction, when I got this far in the Wind Waker --- I was very excited to find out Ganon had made his way onto the Nintendo Gamecube…..and onto ‘cartoony Zelda’ ; hopefully, his real version would not disappoint. 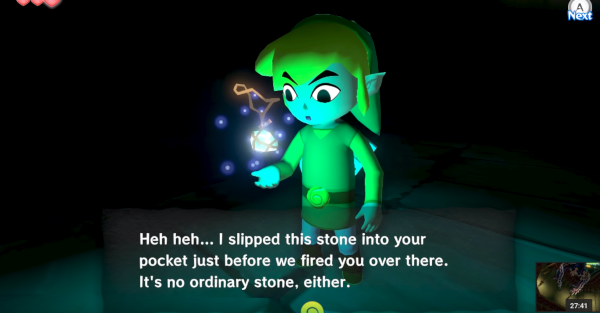 Anyways, Phantom Ganon is not a charmer. He is quick and direct, as pure evil as pure evil can get….perhaps only second to his maker, the real Ganon. Fight him the same way previous Link did. Shoot his true version with the bow, then block back his lightning ball shots at him. And use that sword to chop him apart, piercing away the darkness with every possible strike. Victory is in your reach!