Hello, Zelda lovers and newbie players alike.  If you love tough puzzles and challenges,  then you'll fall hard for some of the remarkable dungeon challenges the many Zelda games have to offer.  Let's look at a few....

One of the first and foremost worthy of praise here is that of the one audibly,  glorious Forest Temple. This dungeon is the first one the game's main character, Link,  has to face when in his adult form. The creepy yet chill music and overall vibe found within this dungeon are truly nothing short of stunning,  and that alone may be why I have played through the game itself (The Legend of Zelda: Ocarina of Time for Nintendo 64, released in the USA back in 1998) time and time again. I love its dungeons,  especially the ones that adult Link has to fight through.....starting with this one, the first one in a series of six. 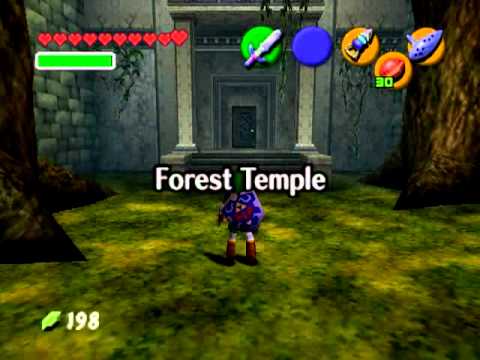 And in the Forest Temple dungeon, Link faces all kinds of ghosts,  skeletons,  skulltulas (as either small or gigantic wall spiders that can hurt you),  and even a fake 'phantom puppet' version of Ganon, his main villain in nearly every single game.  Flutes,  trumpets and harps comprise the main background music you get to hear as you play through this dungeon in attempts to rescue one of Links best friends since childhood,  a beautiful and daring young girl named Sarah who falls into a trap in the temple.  I particularly love the dreadful hand shadows that loom from the roof above,  in certain rooms only,  and then suddenly swoop down and pick you up. They were always scary as a kid.

And then there's the final sub boss, if you will, which is a Poe spirit you must defeat by shooting with your arrows.  He’ll spin around four times, instead of three,  as the others around him do.... so as to confuse you,  but now you know which one to look for and where to shoot. Do so quickly after you're given a brief 2 second window, right after he finishes spinning.  After he's defeated (after about 3 - 4 good rounds of shooting him down with your bow, then striking at him with your sword ), you must face one of the most exciting parts of this dungeon... what many look forward to the most, myself included...the final Forest Temple dungeon villain, the mean-spirited, floating Spirit (Phantom) Ganon, your first real challenge in the game.

Do not dismay;  you can do it. This villain is just a pawn in a much bigger game,  a fake villain designed by the great mastermind Ganon, assigned to you to see if you are worthy of a greater challenge.  Another great dungeon we have on the list cones from the very same game,  to follow suite, and it's the Shadow Temple dungeon.  This way requires a lot more courage,  wit and perseverance than ever before. You'll face the same type of monsters you faced in the Forest Temple,  but this time,  they're tougher and scarier... it seems they're out for revenge from your last bout. This dungeon is likewise dark,  confusing and with deathly music of doom all throughout it, adding to the overall challenge.

The Spirit Temple,  the very semi - last in the series of 7 dungeons designed for adult Link,  is also exceptional in its design, color schematics and layout, rich music and captivating enemies.  And for the final boss,  here,  guess what? There's not just one,  but two.... a pair of evil twin witches,  in fact,  who raised Ganon from birth in his mortal form. You have to fight them both at once, and it's not easy. 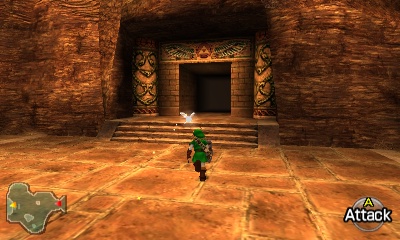 But take heart. Many players have done it before and so can you.  You use have to plan your timing right,  as that is key to everything,  and deflect the shots of one witch so as to hit the other witch.... and vice versa. Carefully repeat until they've had enough. 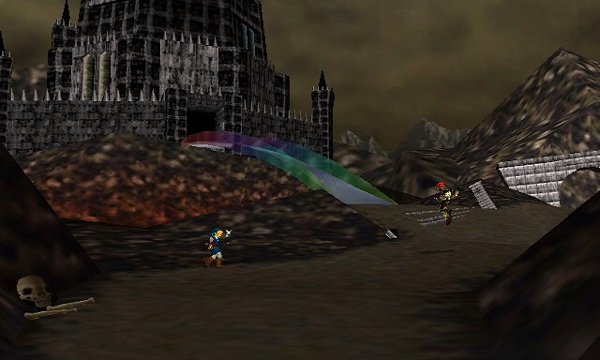 Then, you face the final dungeon in the game, Ganon's lair. There's the challenge of a lifetime. In Ganon's lair,  you are put to the ultimate test. And this generally applies not only within the Ocarina of Time game,  but in countless others in the Zelda franchise,  including but not limited to these: A Link to the Past,  Majora's Mask, the Wind Waker,  Four Swords,  Oracle of Seasons,  Oracle of Ages, Twilight Princess,  Skyward Sword and a few others. The "ultimate test" I refer to, in this particular scenario, is that of all past challenges (from the six previous adult Link dungeons you conquered) coming together within a single dungeon.... standing in the way between you and Ganon.  It's the final stand off and one of the best dungeons ever; it's still remembered today as such. 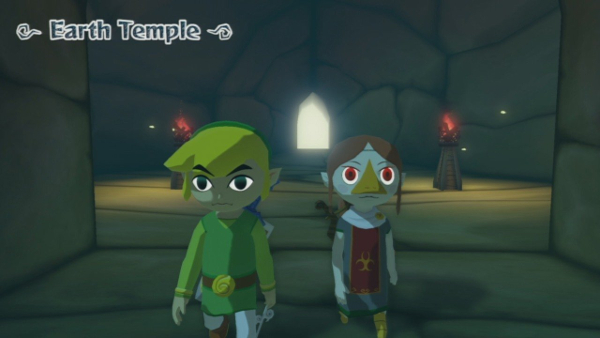 There’s also the Earth Temple, from The Legend of Zelda: The Wind Waker, a dungeon which, as it's very name suggests, boasts of quiet,  earthy tones and sounds... but many varied villains that loom in the dark,  ready to pounce. It's a great one to play through, and I won't spoil any more on it. Try it out yourself!

I'm not sure if this counts as a distinct dungeon but it was amazing. This has everything you would look for in a Zelda dungeon. 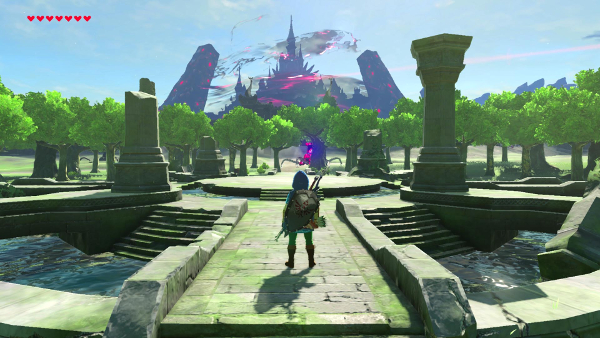 So we've looked at some of the very best Zelda dungeons to have ever been created, and recreated, thus far. And hopefully we are still far from done as the wonderful world of Nintendo continues to roll out more and more epic Zelda masterpiece dungeons in future releases to come. We haven't even covered the half of it, since there's countless ones to talk about, most of which are mind blowing.

But we've at least managed to cover a few top picks to whet your juices. Hopefully you'll be thirsty to pick up a title like Breath of the Wild, Ocarina of Time, The Wind Water, Majora's Mask, or any other in the amazing series....then you get a true taste of one or all of these dungeons for yourself. You've got nothing to lose.