The short answer is, yes this mobile game for Android is worth playing. If you like platformers similar to SMB then you will probably like this game. Its a bit of nostalgia with a bit of a twist. It isn’t perfect but definitely worth a try. There are a few ‘gotchas’ and rough edges.

OK, at first this game just looks like a shameless SMB clone right? It is and it isn’t. It is a performer but that is an entire genre and you can’t just say anything that is a platformer automatically counts as a SMB clone. This game is a brand new creation consisting of unique levels, enemies, and game play. It does deserve a lot of credit for that. The author create it in such a way that it would purposefully be associated with SMB but that is very superficial and the core content of the game is still a very unique creation. 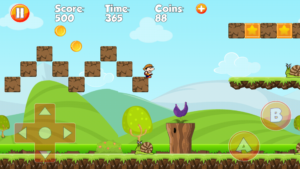 On the surface it looks like just a Mario game for Android. The main character is a guy with a mustache, in blue overalls, with a red hat with the letter “M” on it. He is basically a more cartoon like version of Mario. The blocks, the power ups, the enemies, and the use of pipes are all purposefully meant to remind people of a SMB game. Beyond this superficial surface level though, we have a completely unique game with very original content. The developers did a great job and totally deserve all the credit we can give them.

NOTE - This was taken down from the play store. You can still find clones if you search.

Some people complain about the difficulty. We view a challenge as a good thing. It does get frustrating that every time you die you have to view an add but that does give you that much more of an incentive not to die. It kind of makes it more interesting. It’s like the adds are an additional penalty for dieing. We tried it and the adds ARE really, really annoying. They take about 5 seconds each. 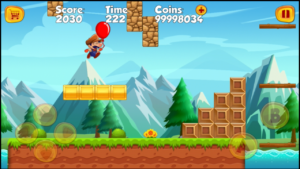 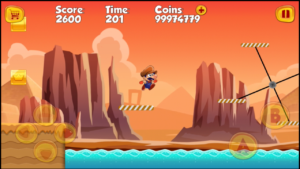 The main character is Super Smash Boy and the objective is to save the princess. As old and used up of a them as this is, I actually love seeing games go this route instead of trying to come up with something new just for the sake of being original and then failing at that. Sure, if you can come up with something original that is actually good, then you have the recipe for some of the best games out there. However, unless you are planning to beat 99% of the games out there, it is best to stick with what works and avoid making something mediocre. That is exactly what the authors of this game have done. They made something that is ‘pretty good’. It’s not ‘amazing’ but also not ‘bad’ or ‘mediocre’. 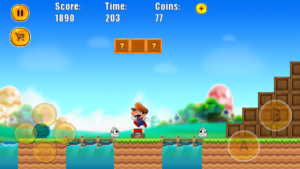 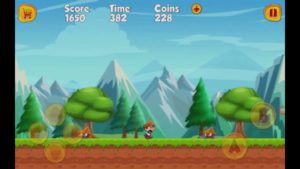 This game did really make us feel like we were playing a strange version of Super Mario Brothers from the twilight zone. This mobile game does come with 80 free levels. Each level has a unique theme and setting. There are in app purchases. For example, you can pay to unlock levels early. There is an online leader board, if you care about that kind of thing. Ultimately, this is a pretty good game. Take a look and see how you like it yourself.