Review of the game

Jet Force Gemini was the kind of game that I thought would revolutionize the New Millenium, and in some ways, it got things started toward that direction. I remember being about 10 years old when the game was announced, released and then marketed. I especially remember the marketing aspect to it all ; the marketing behind this game, in the mind of a child, was truly successful. I gave me a “new future” vision of what technology and gaming would really potentially be like, moving forward into a New Millenium.


Some actually clear footage of the game:

Normal footage of the game:


The game officially came out, here in the U.S. and abroad, right around November of 1999, just before big 2000 would hit. That would mean a new year, a new century of life, and of course, an unknown New Millenium for all. The Internet, technology, gaming, guns and so much more were discussed at a time like this ; I still remember it. And a game like Jet Force Gemini somehow seemed to show a bright, vibrant future --- not only in the futuristic world or setting that the game has you playing in --- but also, like I said, in the marketing beyond it.

The Commercials and Hype

The commercials for this game were exceptional, perhaps the greatest factor behind why the game sold as many copies as it did. But not only that, and to further add to this, the game’s ad posters and displays were also bright, colorful and overall ‘cool’, truly visually appealing….especially as we were all to head into an unknown future in which many guessed we would become far more robotic and technological. (Just guess about 20 years into the future after that, and it’s a good guess. Look at where we are now. Everything’s digital.)

This game was rated T for Teen, not E for Everyone (as most of the highly popular N64 games of the time were), because it had a bit more action, violence and some other suggestable themes. The North American box art came in various forms, if I remember correctly, which really attributed to the marketing, too. Perhaps I saw the North American box and another version, or the U.S. version had more than one form?

Anyways, what I remember is that the box had a boy and a girl, respectively, dressed in some kind of technology suits for the future. The girl was gorgeous ; the guy was handsome. She was in light pink, and he was in light blue. Both were side by side, ready for action. And when I read the name “Jet Force Gemini” on the front cover, I instantly fell in love….what a cool, catchy title.

I wondered what it would mean? It did sound like something from the future. And it was being sold for my favorite console system…..the Nintendo 64 (N64).

Jet Force Gemini, apparently, is the name of a team. It’s a well - banded team that hopes to beat Mizar and his drones. Mizar is an evil tyrant, a dark insectoid, whose plans are nothing but evil and destruction (as those of any villain’s usually are, right? No shock there.). Juno and Vela are the boy and girl that make up the Jet Force Gemini team, and let’s not forget about their third member, their dog, whose name is Lupus. He’s a wardog mascot, and the best there is. 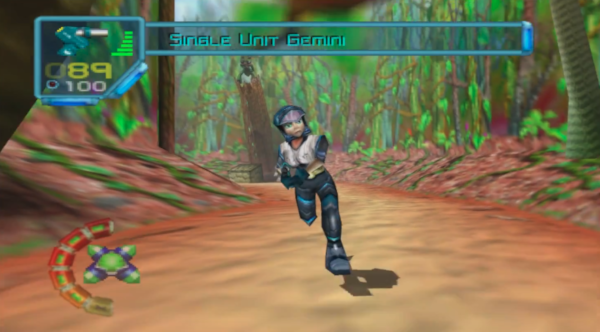 Goldwood is the planet where you first get to see the story kick off, and the team so happens to be on that planet as it does. It appears Mizar has just managed to finish wiping off the entire Jet Force Gemini fleet, and only these three members luckily survived. But was it luck, or perhaps fate? Nothing ever happens by chance in a good storyline, does it? We’ll call it fate, because that’s what it’s bound to be, and these three are the last hope for the galaxy, the “end all” to end all when it comes to Mizar and his evil schemes.

This third - person, 3D shooter game was a true blast (in the literal sense of the word) as you get to shoot and blast through space….stopping all kinds of challengers in your way. There’s no magazine restrictions either with your new space weapons. Wait, what? Yes, you heard me…..

Furthermore, you get to play around with machine guns, sniper rifles, flame throwers, pistols, rocket launchers and so much more. I didn’t even mention all the weapons. You get the point. The sky’s the limit….. 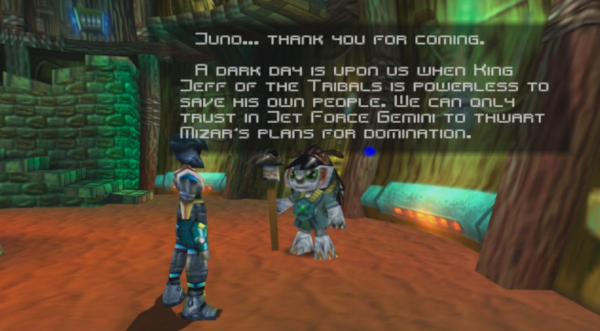 And also, you can either play in single - player’s mode or in a multi - player mode. The single mode has 15 worlds for you to check out, each one very different than the last. You can also use jet packs, hang off ledges, jump and engage other commands as needed.

Why was there never a Jet Force Gemini 2?

As to this, there are a few theories circulating, some of which I have thought on long and hard as well. I can agree with them, actually. Perhaps a sequel was, in fact, never released for any of the reasons following…..

Yet, whatever reason it really was, many still learned to eventually move on, but maybe not without daydreaming about a future second game. One can always hope. Rare has still earned the respect of many, either way. For me, I prefer to leave it without a sequel. An unsuccessful sequel poses a risk that could ruin an entire series and the way that it’s viewed henceforth…..