We highly recommend using a liquid cooling system for your GPU. You don't necessarily need it and you will probably be fine just using the stock fans and heatsink that come attached to your GPU but if you really want optimal performance, you are going to want this. People normally opt to apply water cooling to the CPU before considering their GPUs but this probably isn't the right way to prioritize things. GPUs produce more heat and have a greater impact on game performance. It makes a lot more sense to prioritize GPU cooling over CPU cooling.

Liquid Cooling for GPUs is a Good Idea

LIquid cooled GPUs come with a lot of advantages. Obviously, your systems graphical performance will improve. GPUs are generally built with the ability to automatically throttle performance when they overheat. This is not the situation you want to be in. Providing the best cooling possible is a great way to avoid this.

Besides just getting the best performance there are other advantages as well. A good cooling system will increase the lifespan of your components. You may be afraid to modify that brand new, $2,000 card and that is understandable. You would be justified in wanting to play it safe but at the same time, liquid cooling can contribute to preserving and protecting your video card as well.

The other thing you might not have even considered is that a cooling system could potentially even save you space. Overall, it probably won't reduce the space used in your case but it does have the potential to reduce the space used between video cards. GPU fan/heat sink combos tend to take up two slots on your system board. When space is already tight it doesn't hurt to free up some of this space. adding a water block to your GPU can in many cases reduce this to only one slot per card which is pretty awesome.

The Downside and Potential Risks

Setting up a liquid cooling system is not without its risks. This holds true for GPUs. If you don't connect your waterblock properly, you may run the risk of harming your GPU. You would receive the opposite of the desired result. If your system loop leaks coolant you could end up with a serious mess inside your case. It is important to make sure everything is perfect. Removing the fan and heatsink from your GPU is probably also going to void your warranty. If it dies after that, chances are, you are out of luck.

It is possible to repurpose an all-in-one liquid cooling system meant for CPUs and use it for a GPU. This isn't an optimal solution and isn't even necessary these days. If you want something pre-built, you can just buy one that is meant for use with video cards. 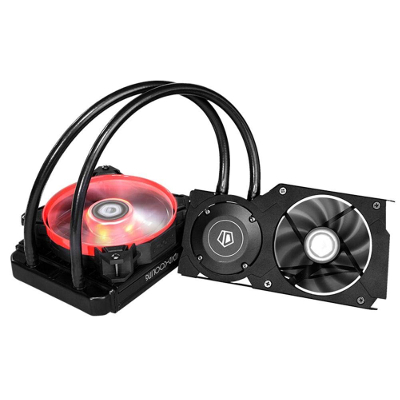 These days, it isn't hard to find pre-built all-in-one water cooling systems designed specifically for use with GPUs. It used to be that you generally had to build a custom loop for this but now there are plenty of options. This is going to be the easy way. It is also the less expensive option for liquid cooling. It isn't as effective as building a custom loop so if you want the best performance, you might want to think about building your own loop. 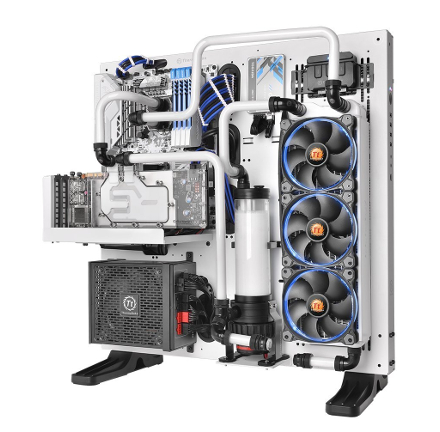 If you want to get the most out of your GPU you will want to setup a custom cooling loop. It is pretty much guaranteed to cost more but depending on how well you want your GPU to perform, it is worth it. It will take more work and effort to setup but this is the most effective way to cool your video card.

Is it worth it?

Yes, absolutely, just make sure you do it right. Liquid cooling isn't for everyone. You may not actually even see any benefit if you only use your PC to browse the web and watch Netflix. It really only helps if you do something graphically intensive like play games or mine crypto currencies. If you do play games and you want the best performance, it will be worth it once you have everything setup.